While Catholics do not worship saints per se, they do hold them close to their hearts. Saints are honored and are considered to be heroes. But who are the most popular Catholic saints? we’re going to take a look at this now:

Saint Paul of Tarsus was a Jew who was a Roman citizen, this was thanks to where he was born. Paul who was originally known as “Saul” thought that Christians were a danger to Jews. He considered them to be blasphemous. Saul was commissioned by the authorities in Jerusalem to hunt and even kill Christians. However, Saul heard the voice of Jesus when he was on his way to Damascus. Saul then realized it was Christ that he was persecuting. Saul decided to join the Christians rather than persecute them. Saul changed his name to Paul and began to preach God’s word around the ancient world. As he was a Roman citizen, Paul could not be crucified. However, the Emperor at the time decided he should be beheaded. In AD 67 St Paul or tarsus was made a co-patron saint where he was martyred.

A Roman African and a theologian, Saint Augustine was the bishop of Hippo Regius. He is considered to be one of the most important fathers of the church. When he had converted to Christianity in 386, he developed his own theory surrounding theology and philosophy. These theories accommodated different perspectives and methods.

Saint Augustine worked with others to formulate the doctrine surrounding original sin. When the Roman Empire in the West started to collapse, Augustine imagined that God’s church was different from an earthly city.

Augustine’s thoughts had a lot of influence on the medieval world’s view of Christianity. The Works of Saint Augustine are very popular, some of the most popular is his Confessions. These account his earlier life, but his other popular works include the Retractationes which were are review of his earlier works.

Francis was the son of a cloth merchant and was one of 7 children. Baptized as Giovanni, Francis’s name was changed to Francesco. Frances has to play and fight hard to be heard. In 1210, Francis started the Order of Friars Minor which is now known as the Franciscans.

Francis and the friars begged for everything, and what they collected was shared among the poor. Most Catholics believe that Saint Francis had Christ’s 5 wounds imprinted on his body. He wanted the world to know that the love of Jesus that he felt in his heart. He is also thought to have created the Christmas creche and the Stations of the Cross.

While there are many incredible Catholic saints, Saint Paul of Tarsus, Saint Augustine, and Saint Francis of Assisi are thought to be some of the most popular. The work that they did and the story of God’s love that they spread are still admired around the world and to this day. 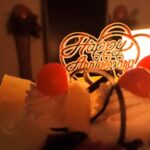 A healthy and successful marriage is no small feat. It requires getting through bad and good days together and finding ways to work with each other to build a foundation of satisfaction. While statistics swirl around about a 50 percent divorce rate, you should know it's not all doom and … END_OF_DOCUMENT_TOKEN_TO_BE_REPLACED 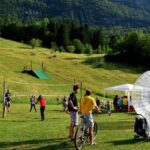 Would you like to take your pet out of his house and give him a walk safely and without risks? Thanks to a Hamster Ball, your little furry can explore the world and run around your house or garden at ease. On this page “https://lumbuy.com/human-hamster-ball/ you will find everything related to … END_OF_DOCUMENT_TOKEN_TO_BE_REPLACED 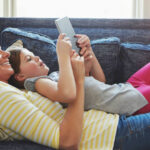 Internet is full of interesting and informational stuff for people of all ages. Not only has it taken care of the entertainment and educational needs of adults it has amazing games, websites, and learning forums for children too. Keeping in mind that every child has its own unique learning style and … END_OF_DOCUMENT_TOKEN_TO_BE_REPLACED 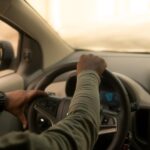 There may come a time when you need another car, or you are finally ready to purchase your first one, and you have two basic options when making your decision: should you go for a used car, or should you splurge and buy a new one? Of course, there is no 'right' answer to this, and your response will … END_OF_DOCUMENT_TOKEN_TO_BE_REPLACED