Following the hugely successful reveal of the PS5 console on the 11th of June, the PlayStation 5 console has been shown to the public in all its abstract, dual-tone glory, alongside a slew of extremely promising exclusive titles within the launch slate for the next year.

Excited to get your hands on a brand-spanking-new piece of Sony hardware in the fall, and want to know more about the PS5 console? We’ve compiled a short list of key features that the PlayStation 5 has that you can look forward to. In a surprise move for many, Sony revealed at the PS5 event that there would be multiple versions of the PlayStation 5; these were not just colour variations or incremental hard drive space bands, but a completely different model depending on how you prefer to purchase and play your games. The standard edition will feature an upgraded 4K UHD Blu Ray Drive, which juts out in quite an ugly bulk at the right side of the console, while the ‘digital edition’ is much more symmetrical, and will be download only.

Many are already buying all of their games digitally, and in years to come it seems that digital will be the way that we’re going, although some still like to purchase their games on disk, and with backwards compatibility a component of the PS5, some will want to ensure they can still comfortably play their physical PS4 catalogue. While the pricing for the PS5 has yet to be revealed, many are speculating that the digital version of the PS5 will more than likely be cheaper than the standard PS5 system, due to the removal of the expensive drive part.

PS5’s game lineup seems to be as exciting, if not more exciting, than the first look at the console itself. Some of the highlights include Spider-Man: Miles Morales, Gran Turismo 7, Project Athia, Stray, Returnal, Sackboy: A Big Adventure, and even Ratchet & Clank: Rift Apart, which showed the console’s power in it’s trailer by jumping between different worlds in a pinch, something that the PS4 would likely have struggled to pull off outside of a pre-rendered cutscene.

For porting and converting games, development studios such as Abstraction games specialise in different platforms and hardware types, and should adapt to the new challenges presented by the Xbox One and PS5 quickly. Over time, we’ll start to see studios other than immediate first-party teams mastering the hardware and providing breath-taking results on screen for us to enjoy. The future is bright for gamers, that’s for sure!

The PlayStation 5 console or ‘box’ garnered a lot of the attention from media articles and social media posts for its stark, interesting design choices – and the DualSense was also revealed earlier than the console itself, meaning that fans have known what their new control scheme will look like for a while now. However, at the end of the day, the successor to the much-loved DualShock 4, PS4’s trusty pad of choice, is perhaps a much more important piece of the kit, as it’s what you’re going to be spending at least the next few years grasping firmly in your hands when gaming.

Here are some interesting and key features coming to the PS5’s controller, the DualSense: 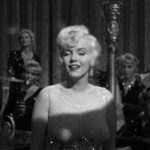 Movie lovers like Ronald Phillips New York abound in their praise of comedies. They consider them the most enjoyable of all movies, and indeed many people's favorite genre. In fact, according to a survey done by the American Film Institute in 1997, comedies are considered America's "most beloved" … END_OF_DOCUMENT_TOKEN_TO_BE_REPLACED 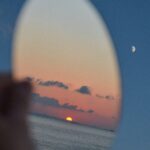 A sunset can be a most beautiful sight. But, while it is easy to grab your camera and snap a shot of the colorful sky, it isn't easy to take a photo that you will be proud to hang on your wall. So, here are some ideas photo experts like Bruce Weber Photographer recommend for taking better sunset … END_OF_DOCUMENT_TOKEN_TO_BE_REPLACED 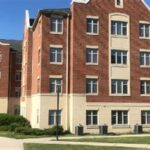 Firms like Nelson Partners and others have carved out a niche investing in student housing throughout the country. But is it a good investment for the casual investor? We'll examine some strategies for getting in on the action. What is Student Housing? Student housing also referred to as "college … END_OF_DOCUMENT_TOKEN_TO_BE_REPLACED 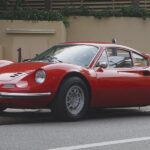 Buying your first Classic Car can be a stressful task. You will need to make many decisions, depending on what kind of car you want. Some people might think that driving a classic car is just about sliding behind the wheel and starting the engine up. But if you don't know what's required before … END_OF_DOCUMENT_TOKEN_TO_BE_REPLACED