Business is like war and sports where you often utilize the offense and defense system you take offense by hitting your goal and making a score while the defense is preventing the other team from making a score and doing your best to be on the offense side all for one goal and that is to win. Check Josh Melick’s advice on playing more on the offensive side. It is not in every case clear when you are going to play offense or defense. It is not a fixed design. Josh Melick believed that as head of a company, they should know which department to delegate the offense as well as the defense of the business. Think extensively and try to play on the offense rather than the defense.

HR departments for example are often classified as on the defense side because they protect the company and its employees, says Melick. Making sure that things are done right and fair, fight against claims, and abolish harassment. However, HR has more important objectives which puts them into the offense side. They take care of the employees since employees are the business’ biggest advocates. If employees are happy, clients will be happy too. Recruitment too can find the right players that make up the offensive team. Benefits are considered as offense as best companies provide some of the best benefits.

Also, we customarily think that Sales and Marketing are on the offense side but as the sales team are in constant debate with the customers against the competitors, they may be considered as on the defense side. To be on the offense side, the department should use the advantage of conversing with the customers by using sales materials that they have. They can use stories that can be of their advantage, such as the greatest sales desk as an example as Melick advised.

The department that deals with lawsuits and defends the company. The legal department is often seen as on the defense side but if they are to use the lawyers and lawsuits as a tool and don’t think of them as merely a defensive measure, then this department can be on the offense side too. Melick stated that as per Barack Obama’s book “A Promised Land”, Obama stated that during his first Illinois Senate Campaign, the legal challenge worked for him when he challenged the nominations of his competitors for not having enough signatures.

Generally speaking, if the departments mentioned above, as well as the Customer Support, are to play more offense rather than defense by creating programs and going beyond for their customers’ satisfaction that makes an offensive score and with that win the battle.

Josh Melick, co-founder and CEO of Broadly, a venture backed company that has raised $20M by helping small businesses on how to build their tools for effective communication with their clients. An engineer, Melick worked at AT&T and Intuit in the executive leadership department. 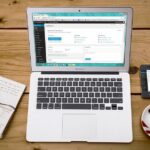 More people are turning to the internet to find companies to work with and brands to invest their money in, and usually, it is a company’s website and social media presence that can help persuade a person to buy into their product or service. However, a poorly optimized website which is not … END_OF_DOCUMENT_TOKEN_TO_BE_REPLACED 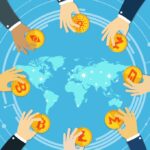 If you are pondering on trading cryptos, here are several takeaways to start investing knowledgeably. 1. Cryptocurrency as a financial asset to invest Cryptocurrencies are indeed a promising asset on which investors have positioned themselves massively in recent years. For many who have flocked to … END_OF_DOCUMENT_TOKEN_TO_BE_REPLACED 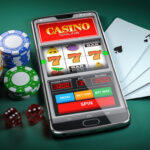 It is interesting to note how different cultures view gambling, particularly in a data-driven world that has taking casino games out of land-based establishments and put them on worldwide computer networks. The rise of online gambling has created quite a stir. Some see it as a legitimate hobby and … END_OF_DOCUMENT_TOKEN_TO_BE_REPLACED 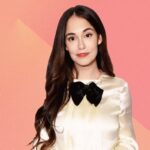 It is an interesting quandary. Ask any entrepreneur what they want, and surely the response will be “business growth”. Quite rightly too. Growth is crucial to the long-term survival of any business. Conversely, stagnating is likely to lead to missed opportunities. However, if that growth is too … END_OF_DOCUMENT_TOKEN_TO_BE_REPLACED