E-cigarettes were initially developed as a smoking cessation tool for adults, but they quickly gained popularity with young people and teenagers. JUUL e-cigarettes became one of the most popular brands, and the company leaned into this younger market until a larger backlash took place. Their marketing practices and product design led to widespread scrutiny, with it being noted that the products were being directly marketed to attract minors, that the company promoted nicotine use, that it failed to inform what its nicotine potency was, that it was more addictive than regular cigarettes, and that the product design could often be defective which could result in injury. In the last few years, vaping companies like JUUL have been targeted for lawsuits due to their addictive qualities, for the fact that they marketed directly to teenagers, creating an epidemic of nicotine addiction.

Studies have shown that JUUL pods have a higher level of nicotine than other e-cigarettes. One of the things that makes their nicotine levels unique is the type of nicotine that the devices contain: protonated nicotine. Protonated means “salt form,” which is different from the liquid forms found in other vaping devices. Protonated nicotine makes it possible for greater amounts if nicotine to pass through the device when the user inhales. This form is also less harsh than other forms, making it more palatable for users who have not smoked cigarettes in the past.

JUUL sales campaigns regularly relied on social media platforms often used by young people and teenagers. Additionally, the ads would feature young people, thereby making it seem acceptable for that age group. Though they have since stopped these ads, for the most part the damage has been done.

Another trait of JUUL e-cigarettes that made it appealing to teenagers was that they came in different flavors. Though their stated purpose was to act as a smoking cessation tool, the fruity flavors did not appeal to smokers who were attempting to quit; rather, flavors like fruit medley, mango, menthol, cool mint, Virginia tobacco, cucumber, and creme were designed to draw in new users who never smoked traditional cigarettes before.

By its appearance, JUUL devices resemble USB flash drives, and when they first came out they did not necessarily call to mind an e-cigarette. Additionally, JUUL devices do not produce smoke, so the visual evidence that young people are using one can be concealed from their parents and teachers.

Status of JUUL Lawsuits in the United States

As of July 2021, there were roughly 2400 lawsuits filed against JUUL, with most of the claims acknowledging how the company targeted minors. These cases represent both class action lawsuits and individual personal injury cases, and it is expected that cases will increase. Additionally, several states have jumped in to sue the manufacturer for creating the epidemic of young smokers. In fact, North Carolina received $40 million in the first state settlement with JUUL.

Nicotine addiction can be a lifelong struggle, and it is wrong for a company to market a smoking cessation device in such a way as to create a new generation of smokers. If you or someone you love have been harmed by or become addicted to e-cigarettes like JUUL, especially if you became a user before the age of 18, then you should have your case evaluated by a local personal injury attorney to determine if a lawsuit is the right thing for you. 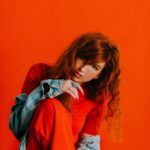 The benefits of a flirty chat room Probably, every second individual on Earth has tried different chat rooms. However, we might be wrong. There are no specific surveys on that matter but nearly every single person has ever tried a flirty chat room in his or her life. This is quite … END_OF_DOCUMENT_TOKEN_TO_BE_REPLACED It's exciting to hear about someone getting the job of their dreams. There are many ways to celebrate and show love for this friend. Get creative and think about what you can do to support them, from an impromptu lunch at your favorite cafe to a going-away party. There's a lot of love for dreamers, … END_OF_DOCUMENT_TOKEN_TO_BE_REPLACED 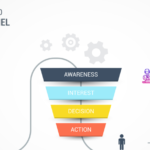 Optimizing your sales funnel will instantly drive your revenue growth. Every customer's journey is different, some slower than others. Thus, ensuring that your marketing efforts pay off. To understand what sales funnel is, how it works, and how you can optimize yours for the best results, Success … END_OF_DOCUMENT_TOKEN_TO_BE_REPLACED 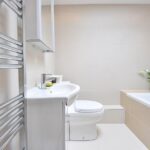 Summer is an especially good time to carry out repair and improvement work around the house. You get more daylight hours, so you can spend more time on this work without relying on electrical lighting — and rain is unlikely to start falling and consequently impede your efforts. Still, what … END_OF_DOCUMENT_TOKEN_TO_BE_REPLACED