Is there any piece of clothing more prolific than the T-shirt? You might make the case for jeans and sneakers, but nothing else comes to mind. T-shirts have been a staple of American fashion since Marlon Brando and James Dean introduced them to pop culture in the 1950s.

Oakland-based Five Dollar Tees says that today’s T-shirt market is as robust as it has ever been. From funny T-shirts to those promoting certain points of view, there is no limit to what shirt makers can produce. Printing technology is such that they can create just about anything customers can think up. With that in mind, this post discusses five different kinds of T-shirt wearers. Which one sounds most like you?

To people with limited clothing budgets, T-shirts are to fashion what Ramen noodles are to cuisine: cheap and easy to find. You might be the kind of person who spends a lot of money on T-shirts because they are budget friendly. There is nothing wrong with that. Better to cover yourself with tees you can afford than buy clothing so expensive that you risk bankruptcy if you update your wardrobe too quickly.

The one thing to remember about the Ramen noodle guy is that saving money on T-shirts is no excuse to walk around looking sloppy. Even the most budget friendly tees can be maintained clean and wrinkle-free for a great presentation.

There are those people whose closets are filled with T-shirts boasting political messages. Every T-shirt is an opportunity to spread the word among the faithful and antagonize those who disagree. These activists just do not get the same effect from collared shirts and pastel colored polos.

The political activist is very choosy about every tee purchased. The message has to be just right. So does the color and any associated graphics. Just one thing being off could mean the end of the world. Just one imperfection could ruin the whole message.

Maybe most of your T-shirts promote your favorite bands. You wear them so often that you are frequently assumed to be a groupie. That’s fine. You wouldn’t mind being a groupie if you didn’t have to hold a job and pay your bills. Likewise, if people think you are a groupie because of the T-shirts you wear, that’s just fine with you. Rock on!

Moving on brings us to one of the more interesting T-shirt wearers. He is known as the layer cake. Why? Because he insists on dressing in layers regardless of the temperature. It could be a robust 90° outside and he would still be wearing both a dark T-shirt and a long sleeve flannel.

Whether it is a weight thing or just a style preference, the layer cake wears T-shirts out of necessity. Something has to form that first layer. The T-shirt is as good as anything else.

Last but not least is the insecure fashionista. This is someone (either male or female) who wants to be fashionable but isn’t quite sure what that means. T-shirts offer a neutral option that go well with just about everything else. Even if this person doesn’t strike you as someone into high-end fashion, his or her T-shirts will at least not look bad.

Do any of these five descriptions fit you? If not, there are lots of other possibilities that space just did not allow for. The fact is that we all wear T-shirts for different reasons. Whatever your reason, it’s cool. 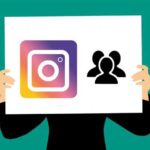 Businesses that have successfully used Instagram understand that to get real Instagram followers, you need to use the social platform correctly. If you want to study in detail you can check Trendswe. But here are some of the most common mistakes businesses make that need to be … END_OF_DOCUMENT_TOKEN_TO_BE_REPLACED 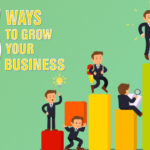 Growing your business is a critical part of long term survival and boosted profits. If you want more money from your endeavors, you have to grow. A stable time in your business ownership is the right time to focus on growth. Take a moment now to read a little helpful information aimed towards … END_OF_DOCUMENT_TOKEN_TO_BE_REPLACED 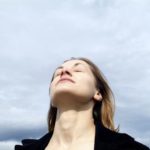 The police have made quite an impression on the vibe of today, and it hasn’t been the best. No one wants to spend time in a jail cell or scuffling with police officers. It’s much easier to live life when you don’t break the law. If you’re looking to make your world a little better, learn to live … END_OF_DOCUMENT_TOKEN_TO_BE_REPLACED

There might be some people who enjoy doing chores, and that’s absolutely a characteristic every person on the planet would like to possess. However, for most of us, chores are extremely boring and present a real pain in the neck. However, if you combine chores with some other, more interesting, … END_OF_DOCUMENT_TOKEN_TO_BE_REPLACED