As healthcare costs continue to be a top concern for consumers, fraud in the healthcare industry can feel like salt in an especially raw wound. With expensive bills and often skimpy coverage, people already struggle to make ends meet while staying healthy, and fraud only makes this more complicated.

It’s no surprise that one of the most common complaints among consumers is that they feel like they pay more than their fair share of taxes and that a large chunk of this goes to fund programs that may not benefit them personally. So, for example, some people might say that the vast amount spent on Medicare is unfair because they don’t need it or will never use it.

The reality is that while healthcare fraud does affect all consumers because it reduces the amount of money available to provide healthcare, some people are more likely to be affected than others.

Healthcare fraud schemes can steal large amounts of money from insurance companies while increasing premiums for everyone in the pool. According to John LeBlanc of Manatt, Phelps & Phillips, “Everyone is paying for healthcare fraud. Tax dollars are being diverted away from legitimate, beneficial programs.”

Because people pay more to cover fraudulent bills, they also pick up the tab for someone else’s healthcare costs.

When it comes down to it, everyone who pays into the public system that funds government-run healthcare is at risk for footing the bill for healthcare fraud.

Even though everyone is affected by this type of fraud, people at a higher risk include those who rely on Medicare and Medicaid and families whose children participate in the Children’s Health Insurance Program (CHIP).

LeBlanc says that because these programs have fewer resources to pay out claims, they are “more vulnerable to fraud.”

The types of schemes that threaten these programs are varied.

According to LeBlanc, Medicare pays out billions of dollars a year for home healthcare. So it’s a potentially lucrative market because Medicare only pays a few hundred dollars towards hospice care per day. Still, some people take advantage of this by providing lower-quality service to maximize their profits.

In recent years, the price of prescription drugs has been on everyone’s minds as politicians and voters have tried to find ways to keep the cost down.

LeBlanc says that prescription drugs are at risk for “upcoding,” a term used when a service is billed at a more expensive level than it was to get higher reimbursement from Medicare or Medicaid. LeBlanc describes this common type of fraud as an “upsell.”

In addition, durable medical equipment fraud can include overstating the level of care a DME item is needed to get higher reimbursement.

Ambulance fraud is one of the most common examples of healthcare fraud and can be committed in several ways. LeBlanc says that ambulance services are at risk for “flipping” when providers move patients to more expensive service levels within the same ambulance ride.

In conclusion, healthcare fraud is a massive problem that affects everyone who pays into the system, even if they never have to use it. It’s frustrating because people could waste their tax dollars on programs that don’t help anyone, and at the same time, you know you’re paying more as a consumer for services that aren’t always needed or wanted. From an ethical standpoint, it’s also frustrating to know that some people are using the system to make a profit when other people are struggling just to get by. 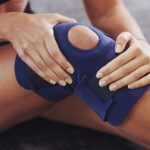 Whether you’re an athlete, someone who works in a dangerous job, or just a person going about their day, there’s always a chance that you could sustain some kind of injury. If you’re lucky, this injury won’t keep you from being able to provide for yourself and your family. But if it’s a major … END_OF_DOCUMENT_TOKEN_TO_BE_REPLACED 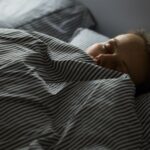 Lack of sleep can leave you feeling unrefreshed, fatigued and just not on the ball. Prolonged poor sleep or insomnia can negatively impact your long-term wellbeing. Ensuring you get enough quality sleep is essential for both your physical and mental health and is just as important as a healthy … END_OF_DOCUMENT_TOKEN_TO_BE_REPLACED 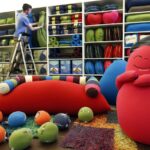 When Yogibo was first invented, it was to help the founder’s pregnant wife find a comfortable position to sleep in. Little did they know that their bean bag products would also be beneficial for people suffering from various sensory disorders like ADHD and Autism. However, that’s exactly how schools … END_OF_DOCUMENT_TOKEN_TO_BE_REPLACED 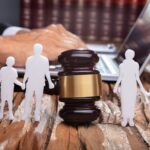 Healthcare insurance is generally outside the purview of property insurance. Still, it affects all types of casualty insurance coverage, such as medical care components, including medical payments for auto accident victims or workers injured in the workplace. Healthcare insurance fraud is a criminal … END_OF_DOCUMENT_TOKEN_TO_BE_REPLACED